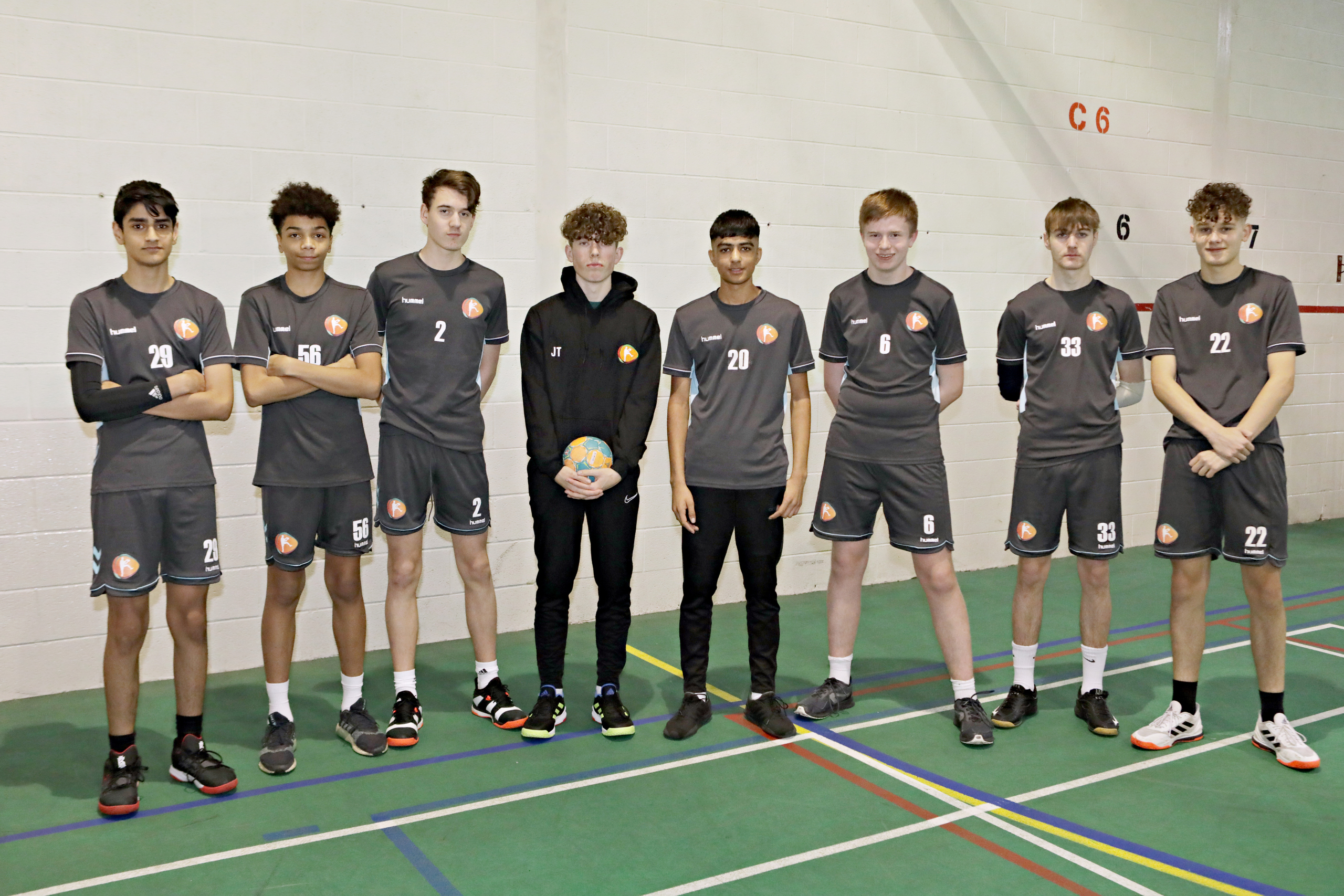 And in a successful debut season for the club only formed last September, the girls u14s also finished third at the English Handball Association championships in Nottingham.

“It’s an amazing achievement for our community club, I could not have asked for more commitment and hard work from our members as well as from all the parents and supporters.

“Going forward, we can only say we are just getting started.”

Meanwhile, skipper of the boys’ u14s, Thomas Molliex, said: “You have to put everything into perspective to truly see what we, Trafford HC, and all the other teams have achieved this year.

“As captain of the u14s, it has been an amazing experience for me and the team.

“The emotions you can feel from the amazing experiences cannot be described in words.

“The confidence we as a team have gained has grown massively since the first time we played as a team and as individuals.

“But not only that, this year shows hard work can pay off.

“In one, fully-committed year it shows how anything is possible.

“The hard work not only comes from us players but from the parents and coaches who make all this possible.

“Stan, our fantastic coach, created a team and in this first year as a team has made us run more lengths and do more press-ups than you can count in a week – but hard work pays off.

“Within a year we have created a family at handball that trains twice a week for more than three hours and with everyone being committed.

“Success comes with hard work, and it shows. The rush of adrenalin from the games eventually turned into my greatest happiness, becoming u14 national champions.

“We won eight straight games to get into the final, and beat Somerset 8-5, it was amazing.

“To be first in England, there is nothing like it.

“Not only that, but the girls’ team had a thrilling third-place play-off, winning 6-5.

“All the teams, parents and coaches have worked exceptionally hard to have a fantastically successful year in 2018/19, and I hope next year will be as successful as this.”

U14 girls’ captain, Fran Waters, added: “The national finals have been a great experience for our u14 teams – they have given us the confidence and skills we need to improve.

“Our u14 girls’ squad have only been training together since September last year so for us to be playing at such a high level is a huge achievement.

“We have put in many hours and worked extremely hard to come this far in such a big competition.

“Our hard work has paid off as overall we were placed third.

“We played some incredible games against some superb teams from across England and we have gained many friends within the team and club.

“We were all very excited while watching the boys become national champions and it has only inspired us to do the same next year as we move up into the u16s.”

If you want to make new friends, learn new skills, and have fun, we have you covered! Trafford Handball…