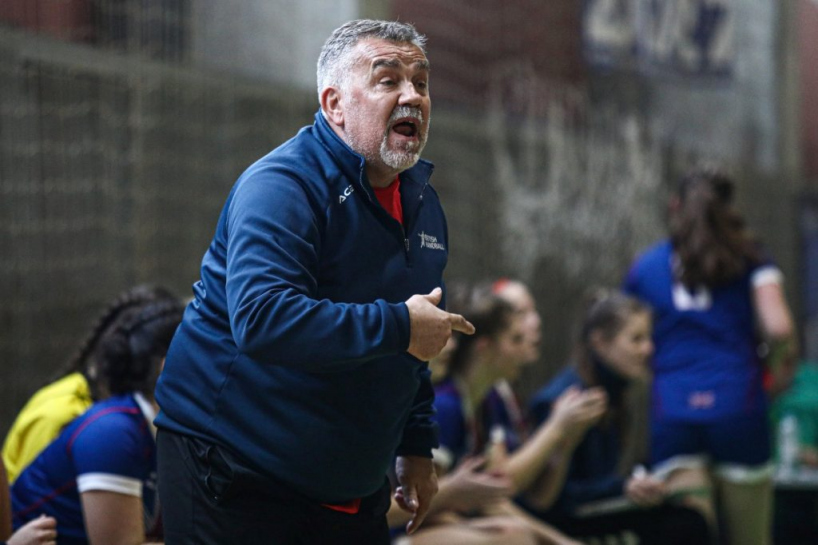 I have over 40 yrs experience as a coach and player, I started playing in 1976 and was a founder member of Scottish club Tryst 77 and went on to coach them from the age of 18 in 1980. following success in the league and cup I was appointed Scotland U21 mens coach and then the senior men in 1984.

I then moved on to become Great Britain mens U21 coach on 1985 before moving in 1987 to Salford to work as the handball development officer for the local authority. During this period I had my first experience of working in the womens side of the sport and led Salford to many national league and cup wins before securing one of on 2 wins in the European cup defeating Sasha Antwerp 21:20 over two legs.

In 2002 I decided to try to develop a new club and with the help of many dedicated parents we set up Haslingden Handball club with a focus on junior player.

2007 saw me take on a role with the British Handball Association as mens performence coach in preparation for London 2012. During that period I led the successful Sporting Giants programme to find other athletes to switch to handball and ledd the GB U21 in 2 World championship qualifying campaigns before eventually being appointed assistant coach to Dragan Djukic for the mens Olympic squad.

Following the Olympics and the withdrawal of all funding I returned to my roots at Salford and went on to win the national league (2013) and 2 national cups (2013 & 2014). we then decided to merge with the emerging junior club at Warrington Wolves and continued our success with 2 more National league title a British championship and 4 national cups as well as 2 U19 boys national cups.

I am looking forward to the new challenge with Trafford HC and look forward to helping develop the club, players and staff to bring success to the club.